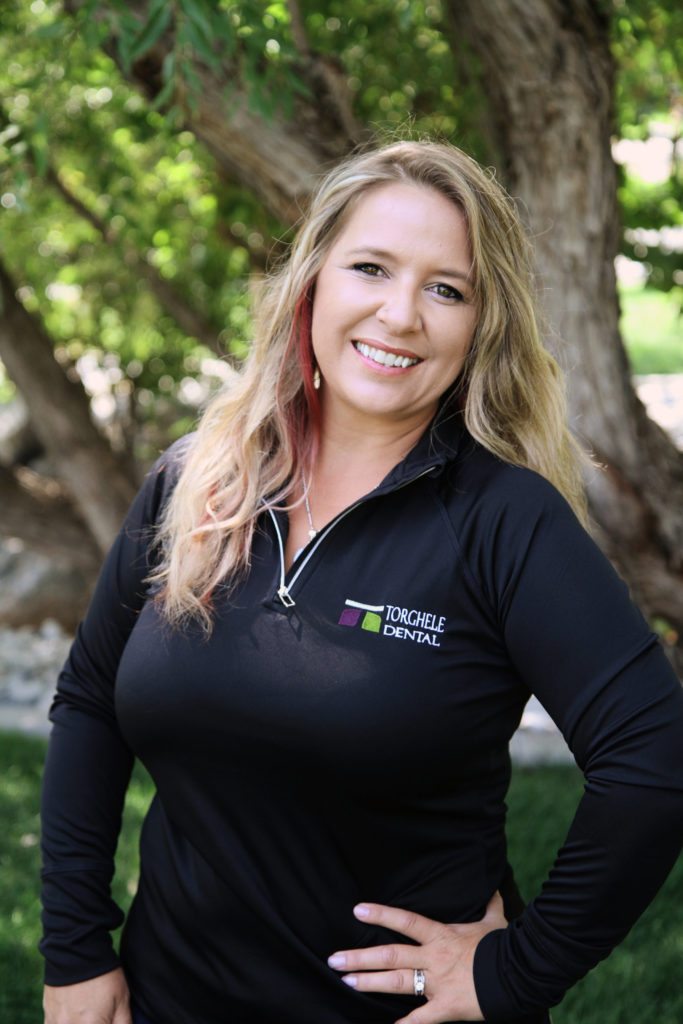 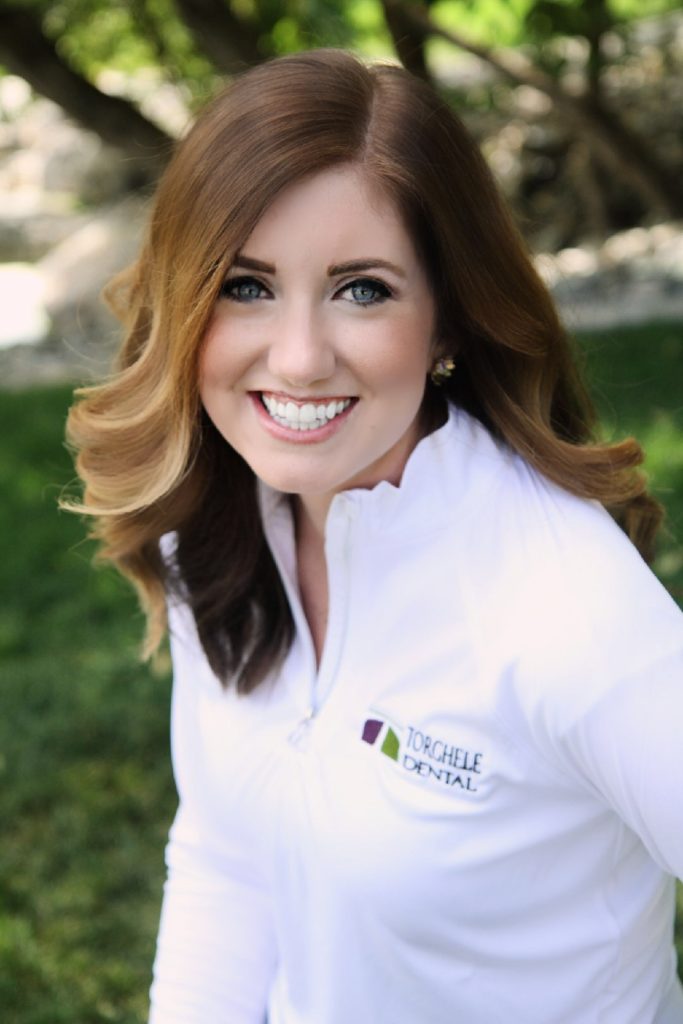 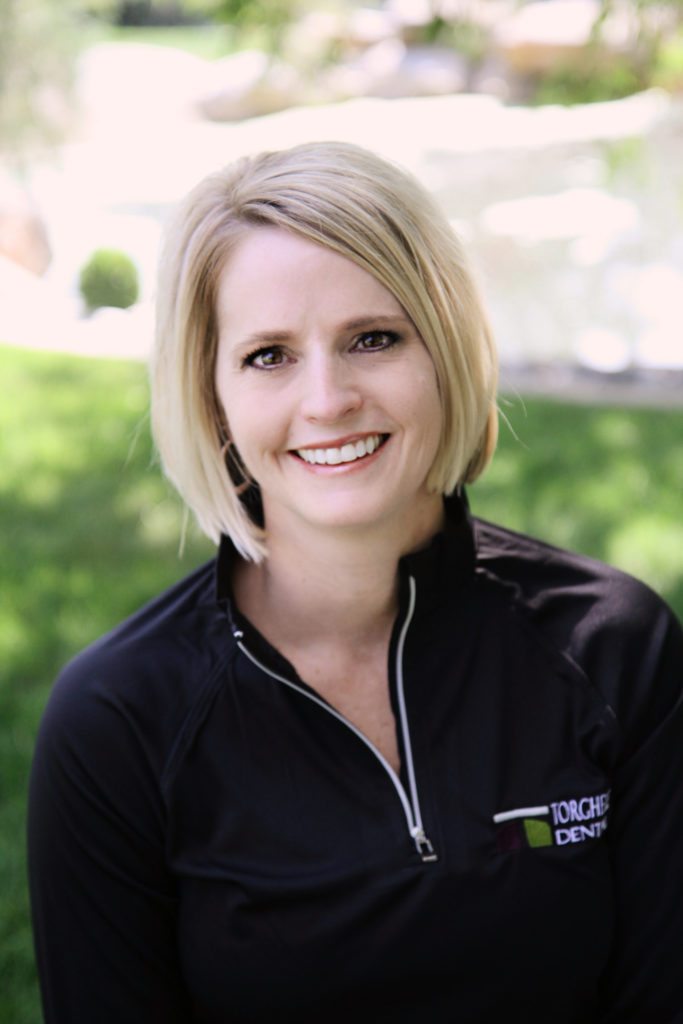 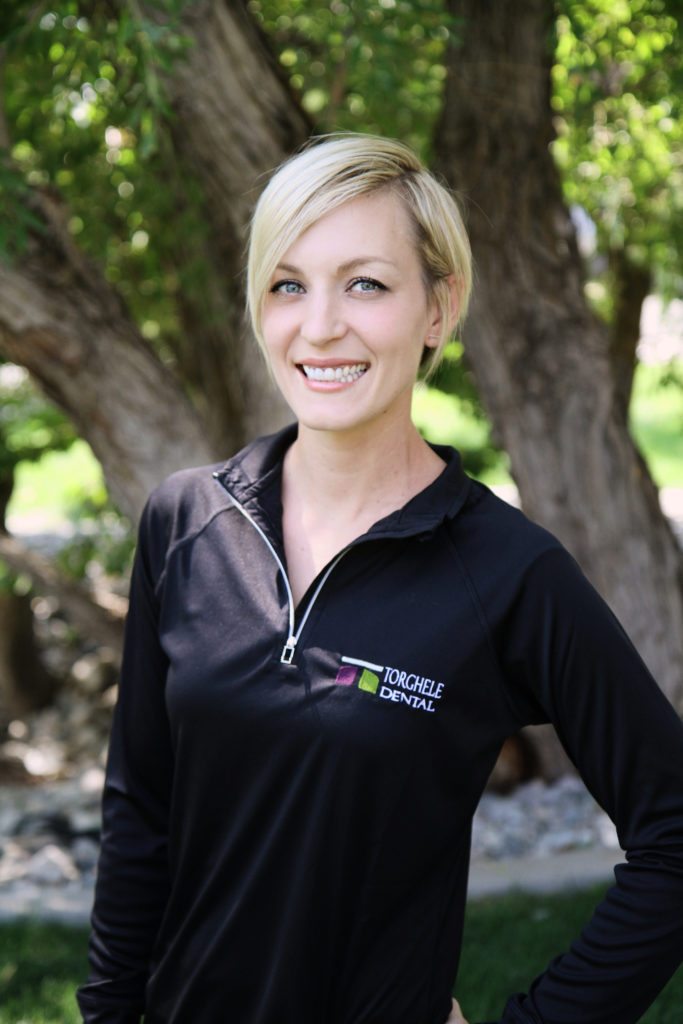 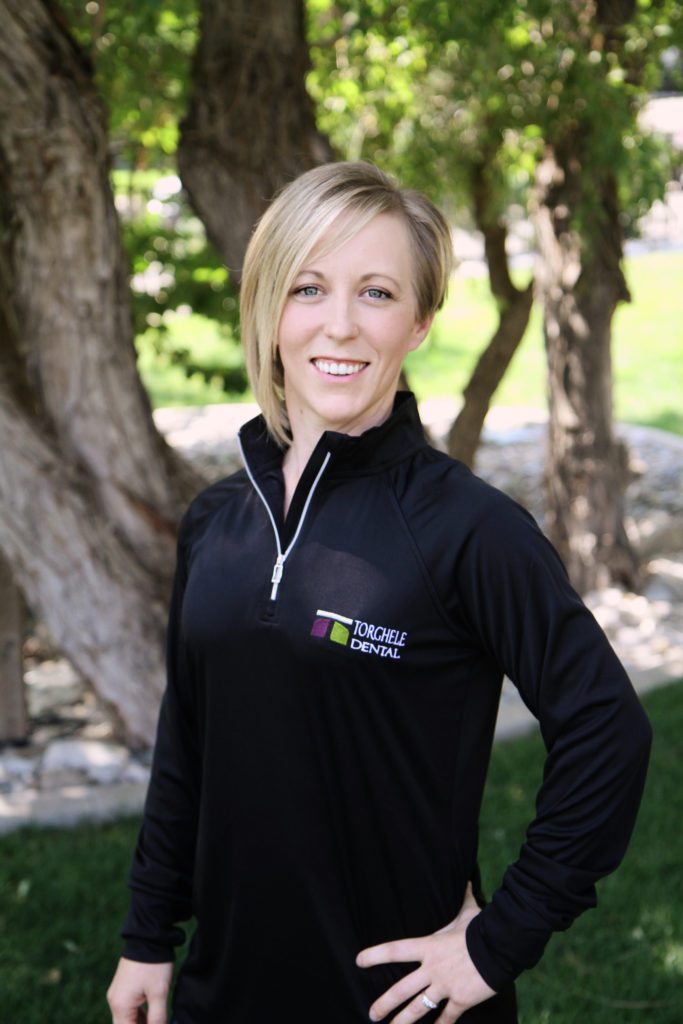 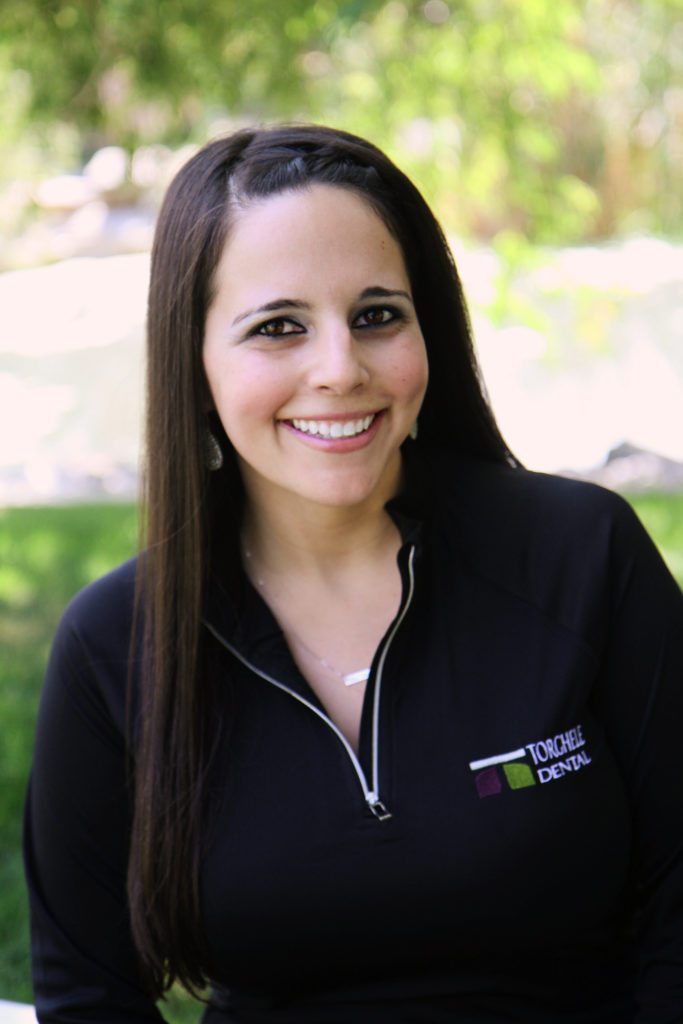 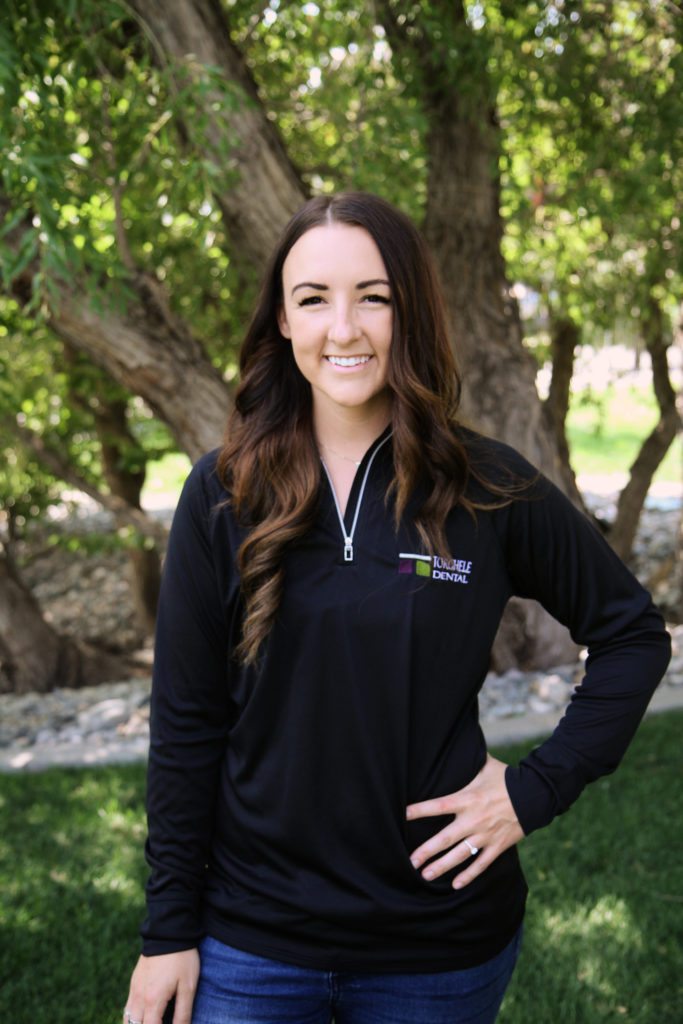 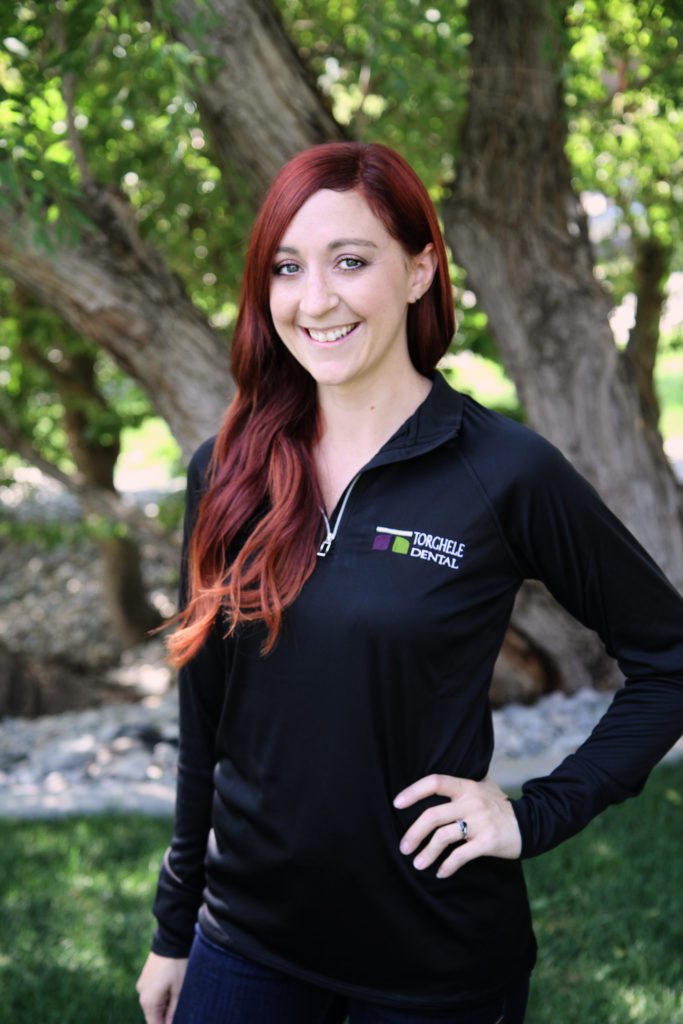 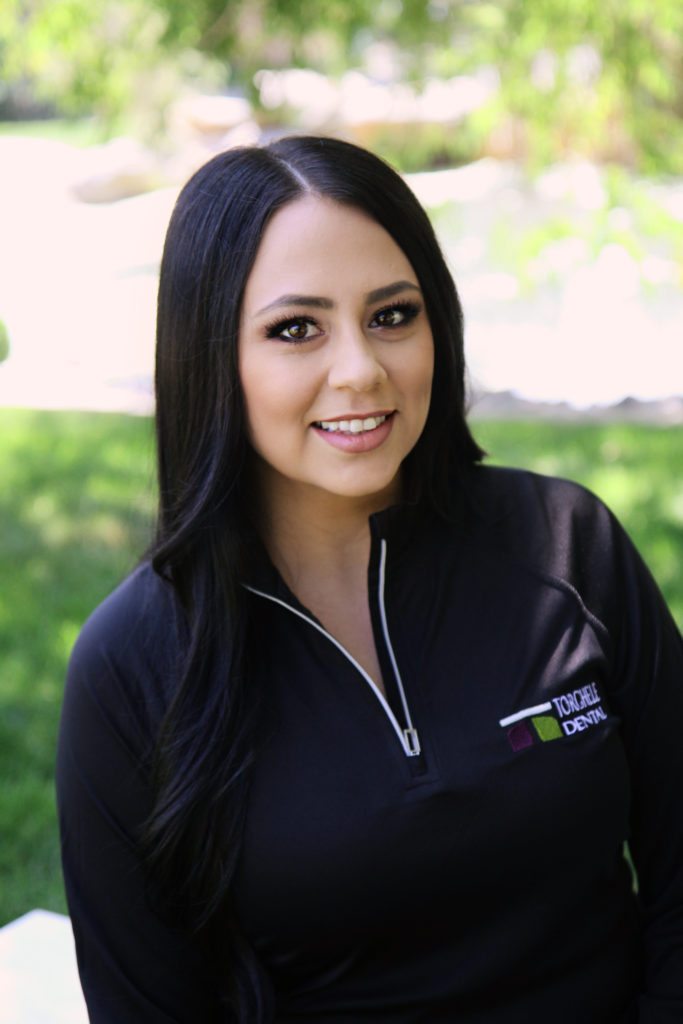 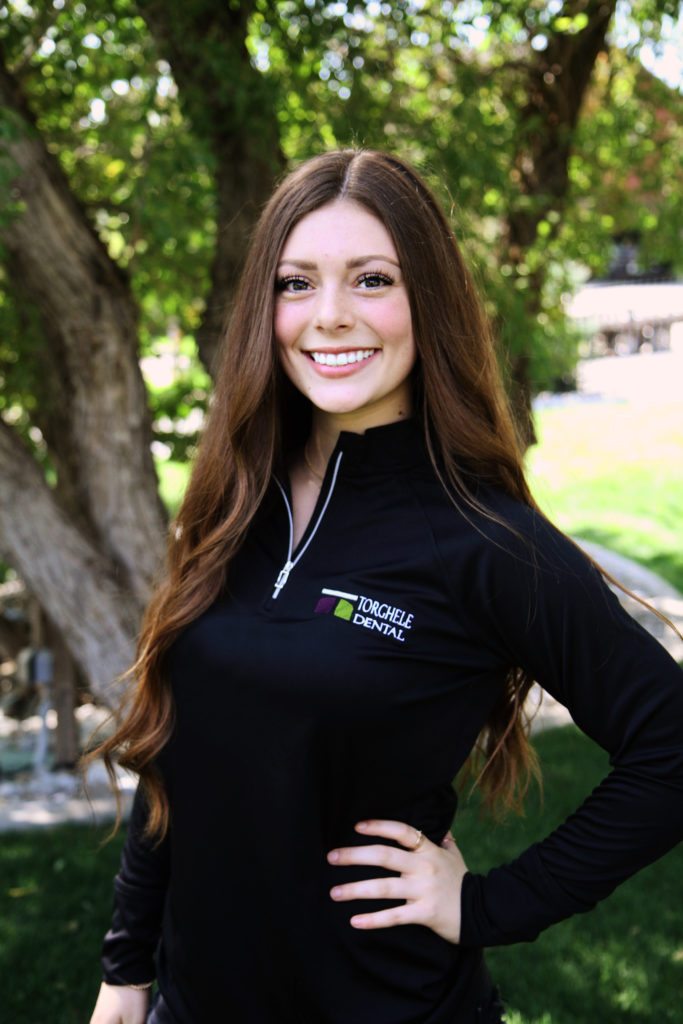 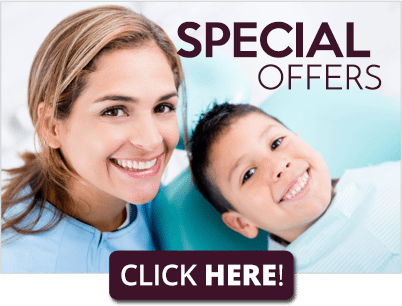 I have had great experiences with Torghele Dental, especially with Laila Rahimzadegan the dental hygienist. She is always very thorough with her cleanings and explains all procedures. She has also given me very useful tips that I use daily and couldnt live without. Overall, my dental experience has been superb. I dont dread going to the dentist like I used to.

Love Torghele dental! Now going to Jeff, because Bob retired. The dental tallents have carried on thru the family. I am pleased and grateful. Someone new to my particular visits is Laila. What a bright and thorough gal. She really knows her stuff. However, often times, more importantly is how kind and sunny she is. She knows just what to say and has a witty sense of humor that makes a person more relaxed and at ease in the chair. She is gentle and conscientious of you the entire time and makes sure not only your teeth are taken care of, but you as a person feel taken care of as well. Great work Torghele dental center! Been going there for twenty something years and wont be changing

My three kids and I would never think of going anywhere else. Everyone in this practice is terrific, friendly and knowledgable. If it was not for Laila, my kids would never be as vigilant about brushing and flossing every day. Laila makes sure that my kids understand the importance of clean teeth, but she does it in a very fun way. Never once in all the years that our family has been going to Torghele Dentistry has there been a negative feeling or experience.

Ive been going to Torghele since I was a little kid, and I always love it there. Its comfy, homey, professional, and the staff is awesome. The hygienists are very good at establishing rapport and making you feel comfortable. Theres good synergy between Jeff and his staff and it makes you feel welcome. I usually see Laila the hygienist and she is great at making you feel comfortable and making you laugh and creating good conversation. I recommend her! Thank you, Torghele!

Each time we visit Torghele Dental we are treated with the best care and kindness with our dental work. Dr. Jeff is a wonderful dentist, and his staff are the best around.

Everyone is pleasant and friendly. Appointments start on time. Minimal to no pain while getting work done. Ill never let anybody work on my teeth except Jeff and his team. You will not be disappointed!

Jill has been in the dental field for 23 years and joined our team 2 years ago. She has clinical, administrative and consulting experience. Jill enjoys traveling, movies and ice hockey. She and her husband love to ride in the ATV and camping with their 4 dogs.

Francee has been in the healthcare field for the past 7 years, and of those 7, 4 have been in dental. I am a student at Utah State University working on my Masters of Science in Nutrition and Food Science. My goal is to become an RDH. In my spare time, I love to be with my family and play sports.

Kim is the newest member to join the Torghele Dental team. She has worked in the dental field for 20 years. Kim married her better half in 1998 and has 2 spunky girls that keep her busy with competitive dance, and traveling over the Western US with competitive softball. On a rare occasion, they have a free weekend, you can find them at the race track cheering on their racehorses.

Krista has been in the dental field for 5 years both as an assistant and front office. My favorite part of my job is meeting new people and helping them feel comfortable with their experience here. Outside of the office she enjoys finding new restaurants with her husband. She has 2 dogs that they love to take on hikes. She also enjoys spending time with family and friends.

Lexie graduated from Intermountain Dental Assisting in 2018 at age 18 and joined our team shortly after. She has a fun personality and loves working with the Torghele team. Her free time is spent watching films and shopping with her friends.

Melanie graduated from the Dental Assisting program at the OWATC in 2015. She has been in the dental field for 4 years and been at Torghele Dental for the last 4 years.

Tori has been in the dental field for almost 18 years. She is married and has 2 children and blessed with 4 step kids. She enjoys being in nature with her family and loves camping, fishing and spending the day at the lake.

Julie graduated from OU College of Dentistry in 2004 and completed her AEDG residency in 2005 at Barksdale AFB. She was based at Hill Air Force Base until 2007 and continued to work there as a contract dentist until 2015. Julie also worked for other offices throughout the valley and now works solely here with us.
She lives in Ogden with her husband and son. Her daughter resides in Washington and is a clinical pharmacist. Julie and her family spend their time traveling, skiing, hiking, camping, and mountain biking.

Lance Bailey was born and raised in Ogden, Utah. After graduating from Bonneville High School he served a two-year mission in east Africa. Soon after his return, he married his wife, Leslie. He attended Weber State University for his undergraduate degree. After completing his undergraduate studies he moved to Milwaukee, Wisconsin to attend dental school at Marquette University.
Upon graduation from dental school, Dr. Bailey and his family moved to Portland, Oregon where he had the opportunity to run two dental practices. After eight years in Oregon, he and his family decided they wanted more sun and so he sold his practices and moved to Prescott, Arizona. They loved the weather in Arizona but missed family. After five years in Arizona, he sold his practice and moved back to Ogden to be near family and to join Torghele Dental.

Dr. Bailey is trained in all aspects of general dentistry. He wanted to be able to offer the sleep dentistry to his patients so in 2011 he received his I.V. sedation training from UCLA.

When he is not practicing dentistry, you can find him spending time with his wife and four children. He also enjoys fly fishing, mountain biking, and coaching Ogden High School’s mountain bike team.

Dr. Jeff is an Ogden, Utah native – growing up here and following in his father’s footsteps as a family practice dentist. He attended Weber State University, where he received his undergraduate degree in Zoology with a minor in Chemistry. In 2004, he completed his Doctor of Medicine in Dentistry degree from the Case School of Dental Medicine in Cleveland, Ohio. He joined his father at his Ogden office, who then retired a couple of years later.
With more than 14 years of experience, Dr. Jeff is committed to providing comprehensive care to the families who have entrusted their smiles to the Torghele family for over 42 years. His zeal for patient care is evident from his warm chair side manner and his conscientious treatment of each visitor to our practice – many of whom are lifelong patients.
His professional affiliations include the Weber County Dental Association, American Dental Association, and the Utah Dental Association. He is also a certified Invisalign dentist, providing orthodontics for adults and teens right here in our practice.

Jeff and his wife have a charming daughter, McKynlee, with whom they love to spend time outdoors at the beautiful Bear Lake.
When he isn’t busy hunting or fishing, Dr. Jeff also enjoys 4-wheeling or snowmobiling.

Kasha knew she wanted to be a hygienist since 7th grade. She loves getting to know her patients and always wants them to feel comfortable while in her chair. She loves being able to help others be confident with their teeth and educate them on their oral health to ensure a healthy mouth.

Kasha played college soccer at BYU-Hawaii and loves playing all sports. She is very competitive, just ask her boyfriend, family and co-workers! She loves to travel, workout, spend time in the sun and spend time with her boyfriend and two kids. The beach has her heart and one day she would love to live on one.

Kristen went to Weber State University to get her Bachelor’s Degree in Dental Hygiene. She has been with Torghele Dental for 2 years.

Kristen and her husband Brandon have two children, Brecken and Brinley. She loves helping her patients by educating them on their oral health. She also enjoys DIY projects, wakeboarding and spending time with her kids.

Lyndsey has been in the dental field for over 12 years. She has enjoyed assisting, front office and now social media and other marketing.

Some of her favorite things are photography, running, being a mom and hanging out with her family.

Bonnie has been at Torghele Dental for 5 years & has been in the dental field for over 10 years now. Bonnie deals with dental insurance every day and is the best person to talk to when you need clarification on how your insurance works. She sets up all payments here in the office and always does her best to make things work for each patient.

Angie began dental assisting in 1997, fell in love with the dental field and became a certified dental assistant from the DATC in 2000. She is passionate about helping our patients feel comfortable and confident with knowledge about recommended procedures that will be helpful to their health.

Angie’s personal time is spent with her two teenage sons and husband Casey. They love to spend time in the garden, traveling anywhere, live music concerts and camping.

Alyx graduated from Weber High School in 2016. As a Senior she attended the OWATC and graduated with a Dental Assisting certification in May 2017. Alyx has a magnetic personality and a great sense of humor. She enjoys getting to know our patients and helps make them feel comfortable during their dental visit.

Outside of work, Alyx enjoys sports like soccer and pickle ball. She also enjoys camping, fishing, hiking, and game nights with her family.

Laila went to Hygiene school in Alabama and has been a hygienist for 7 years. She loves getting to know each patient’s story.

Laila has a big heart and is willing to do anything to help anyone. She is a huge Alabama football fan – “Roll Tide”!